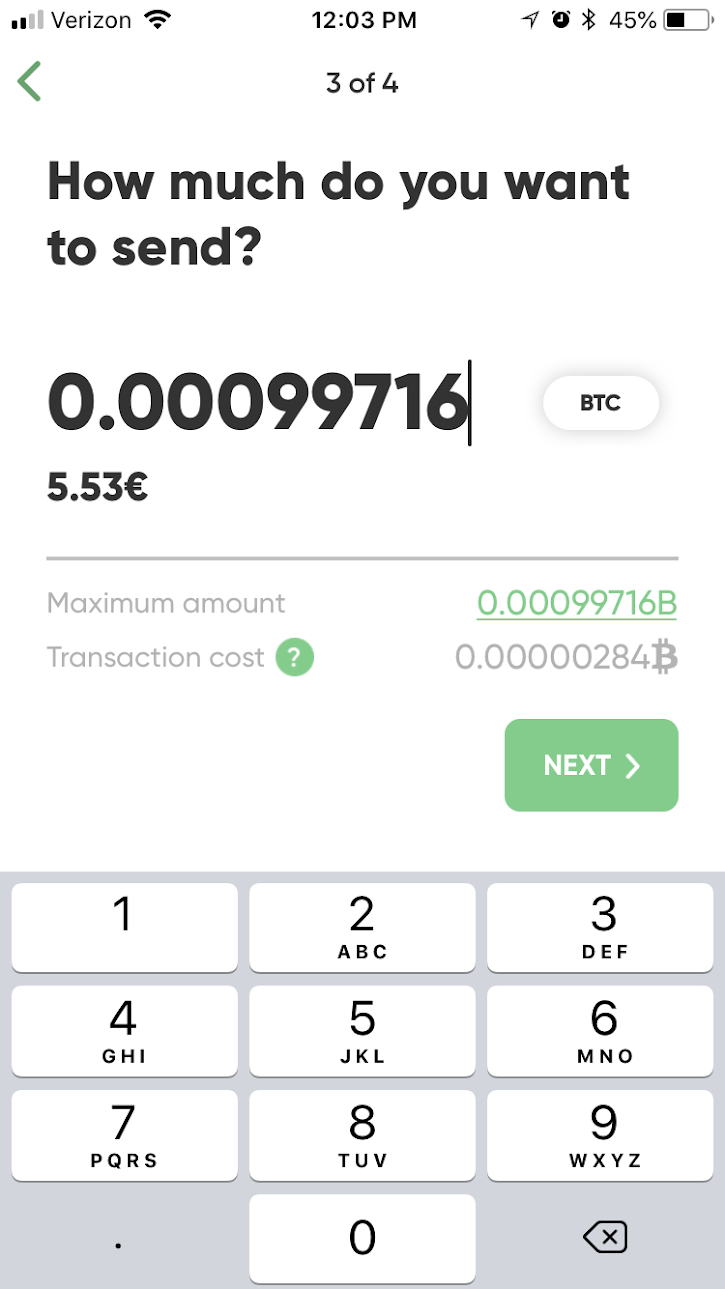 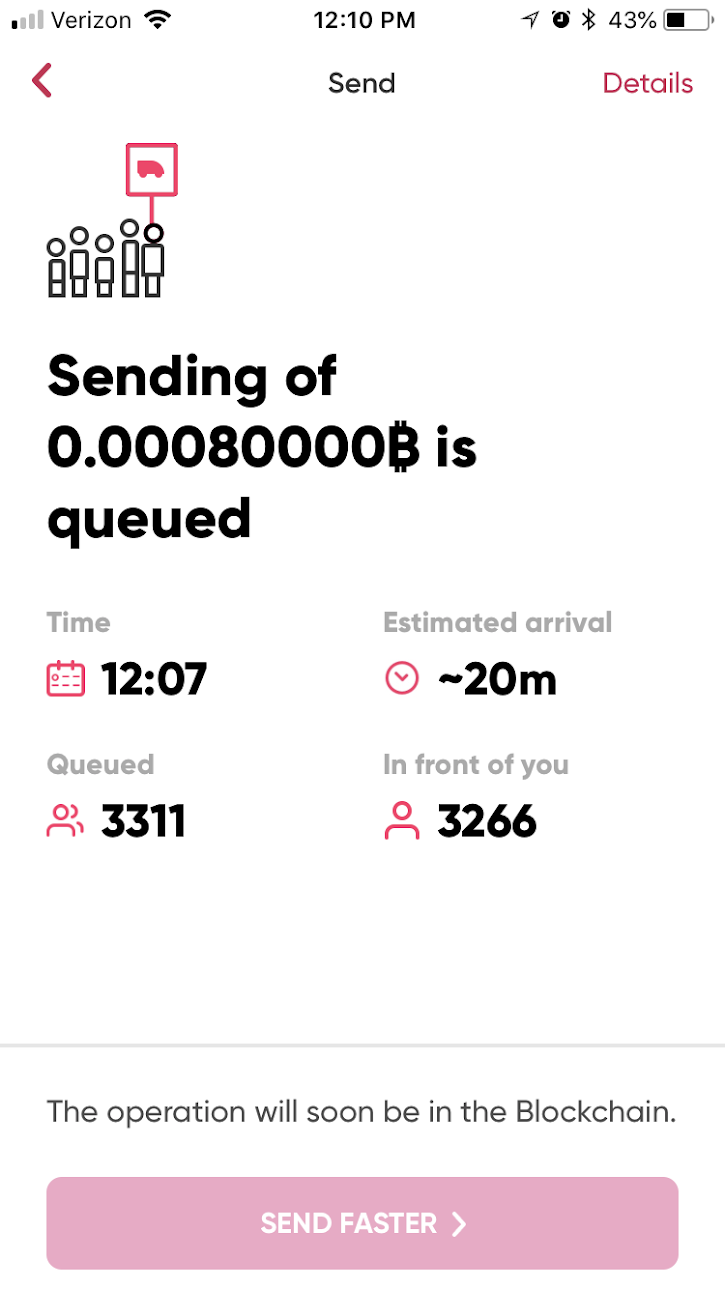 Bumping RBF Transaction - Transaction details screen for a sent and unconfirmed transaction. Cannot get Send Faster button enabled even when funds to bump are available. 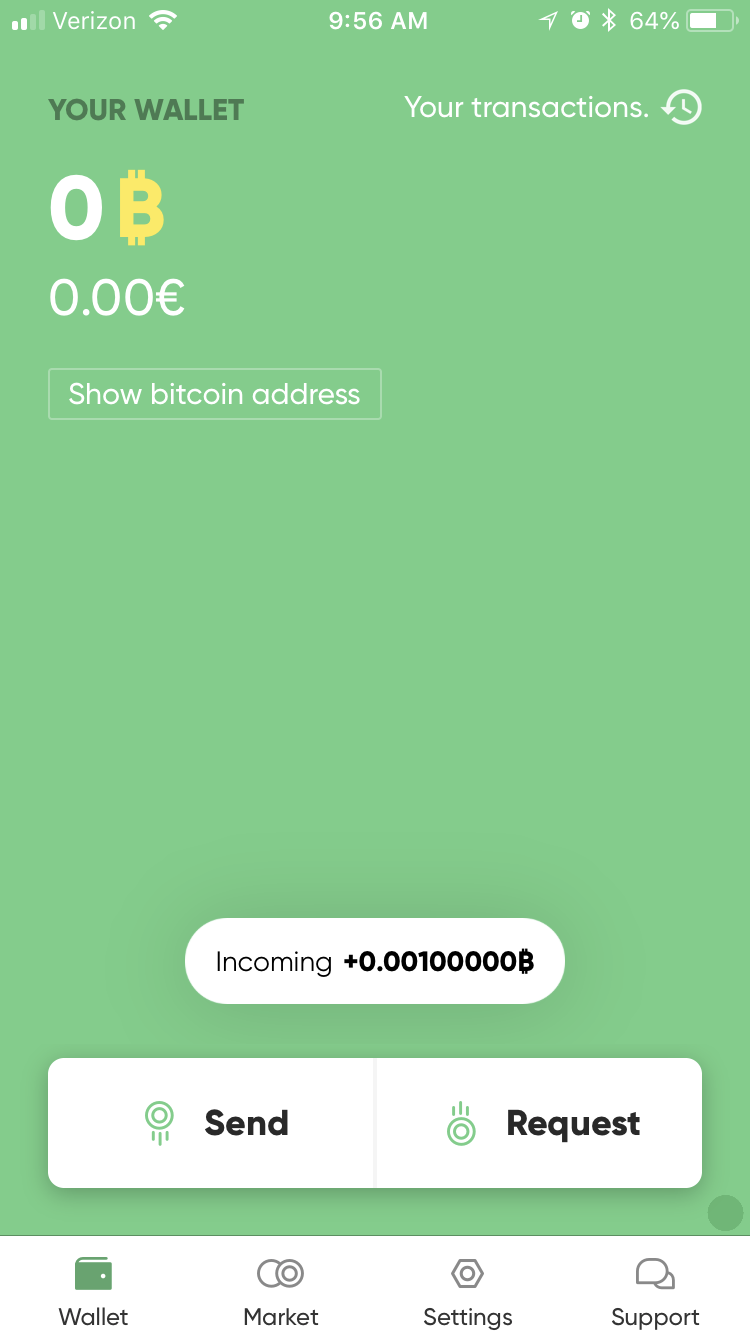 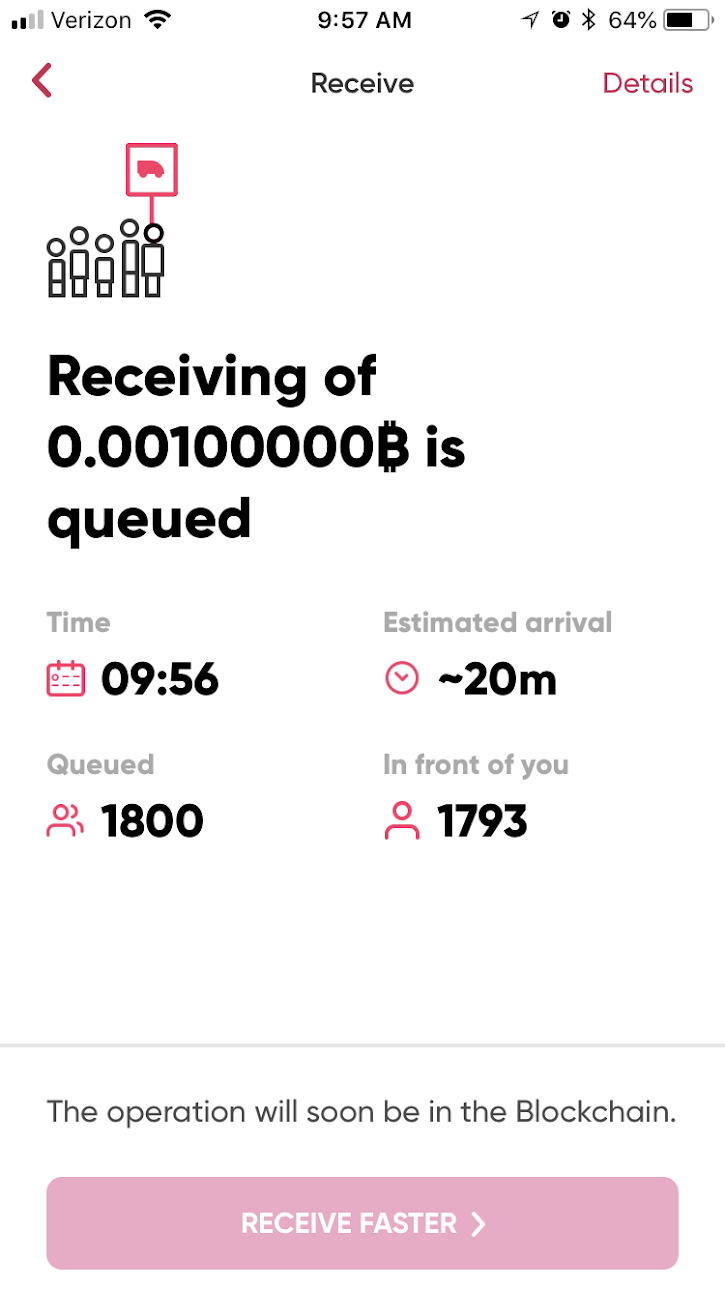 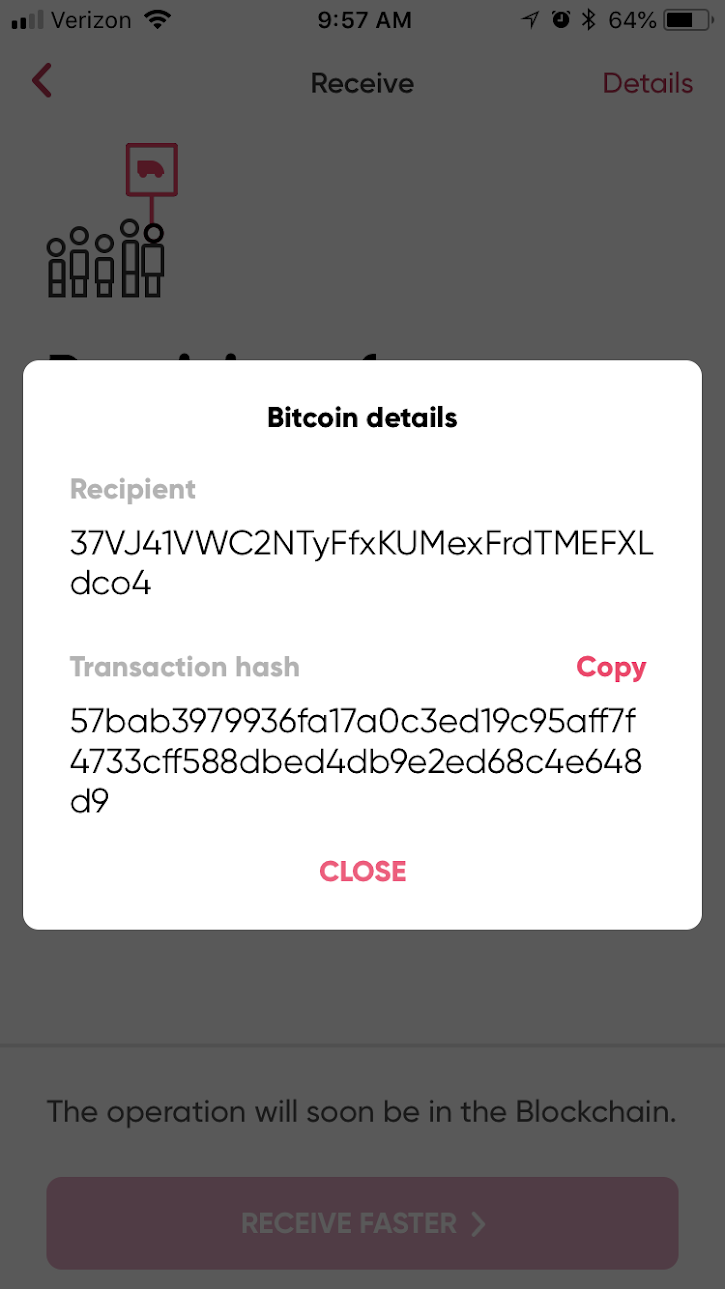 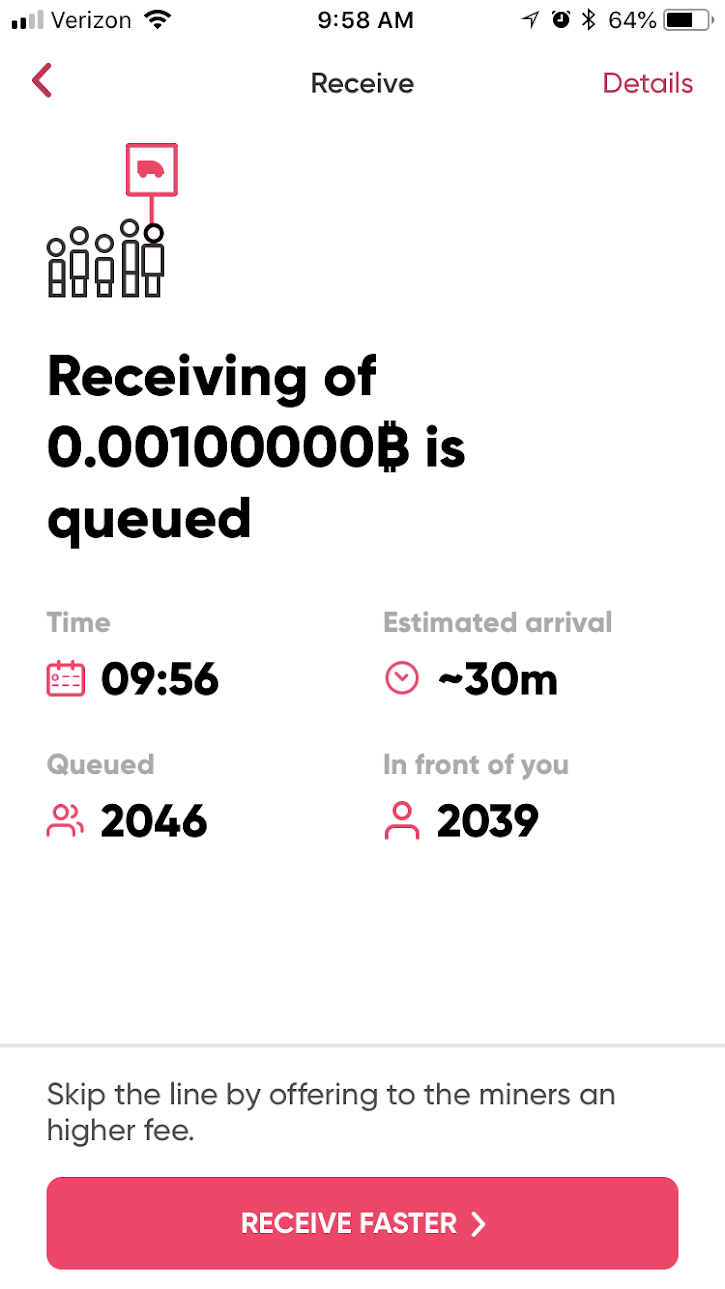 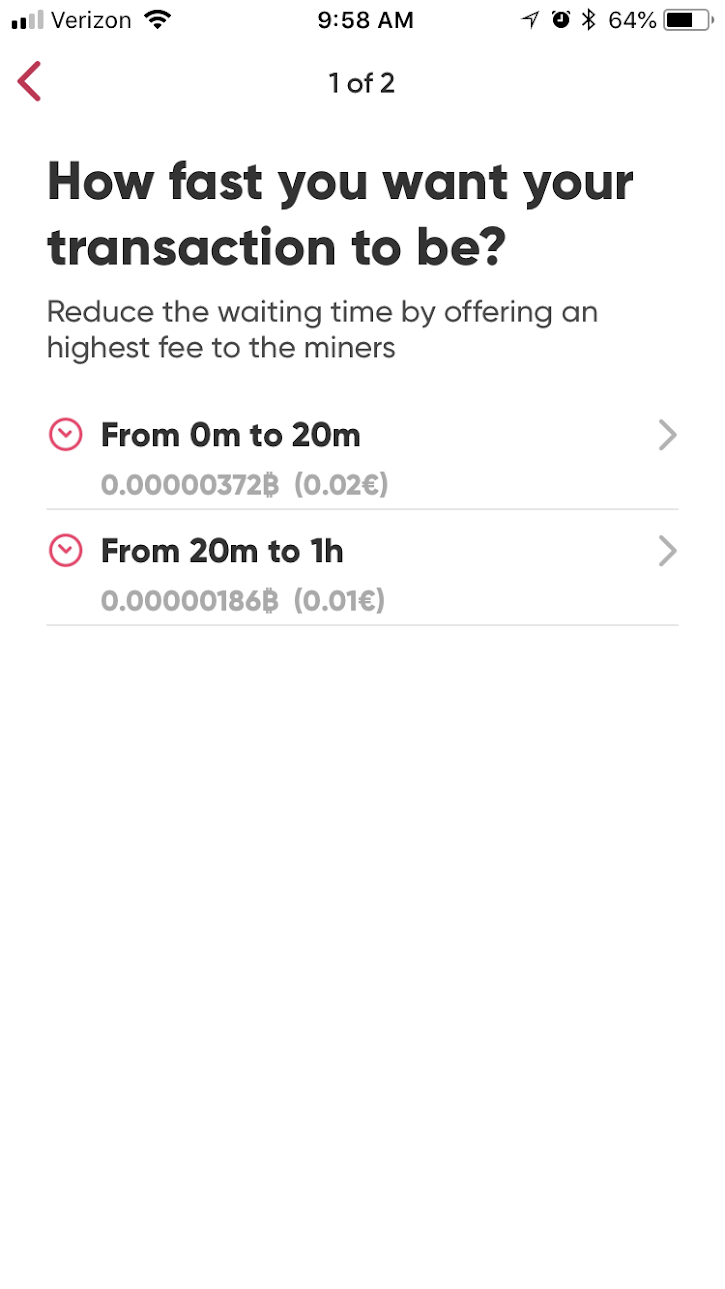 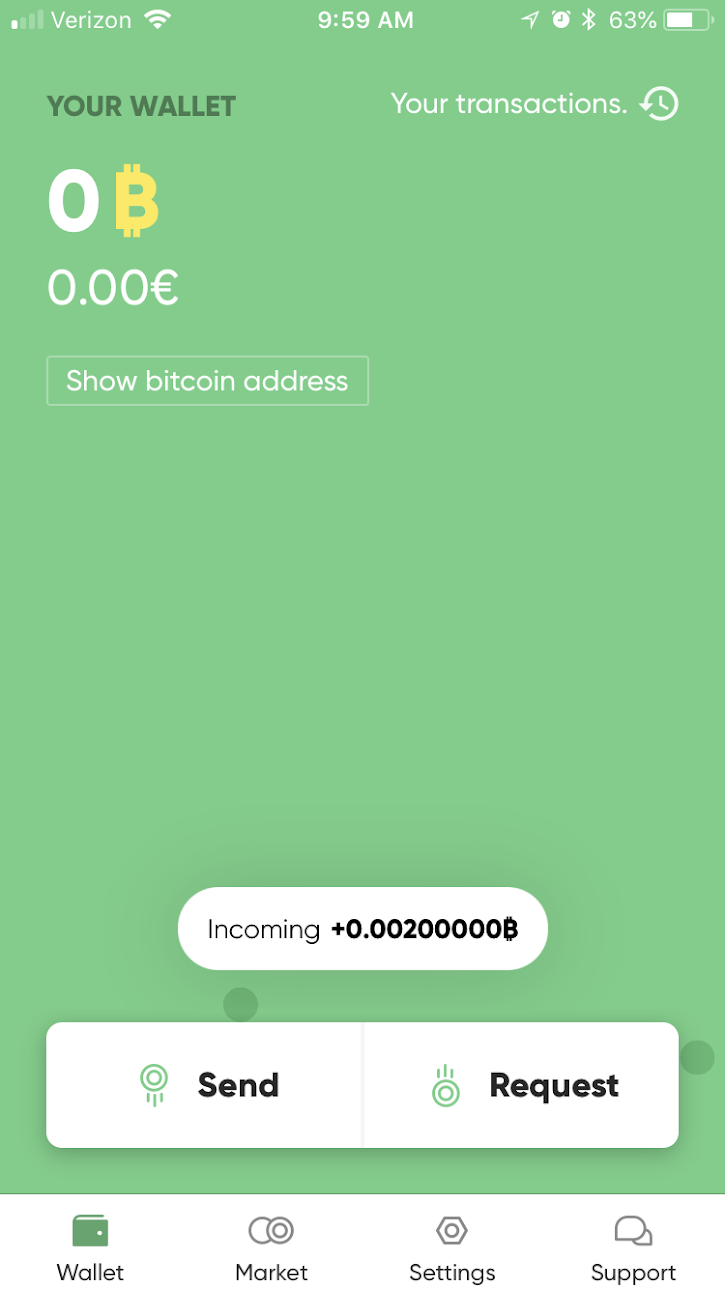 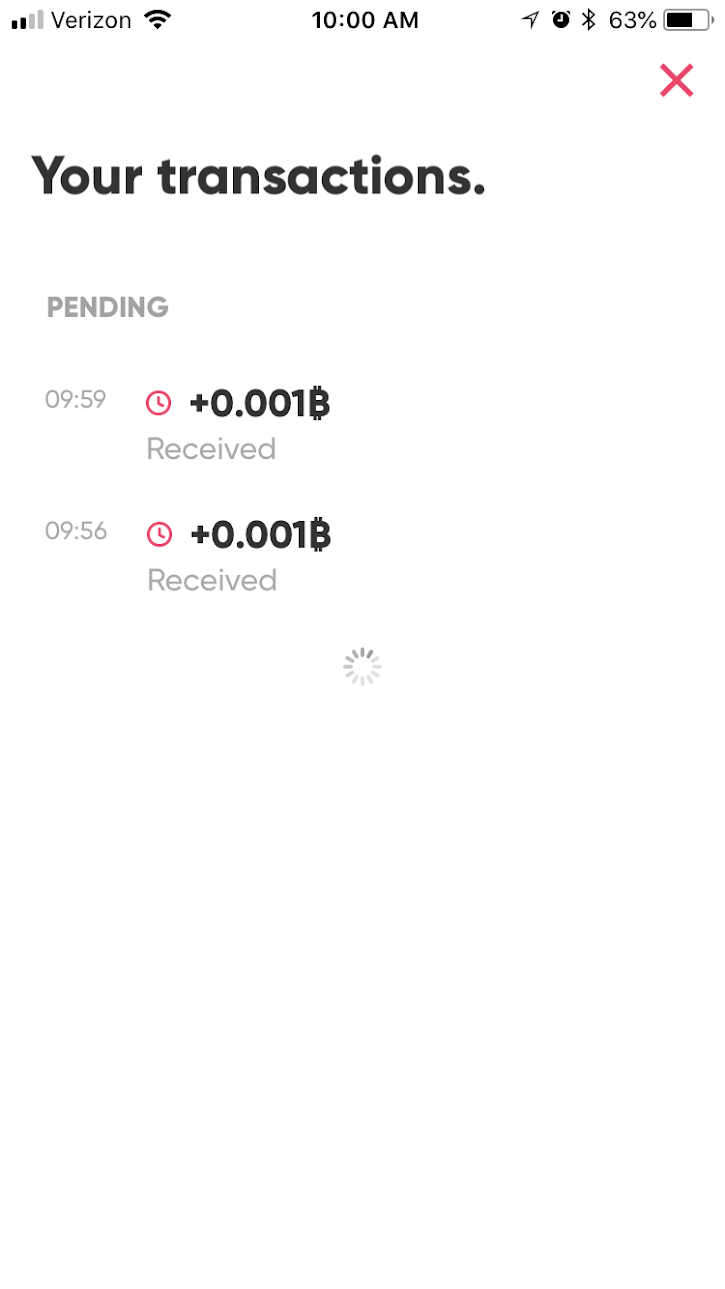 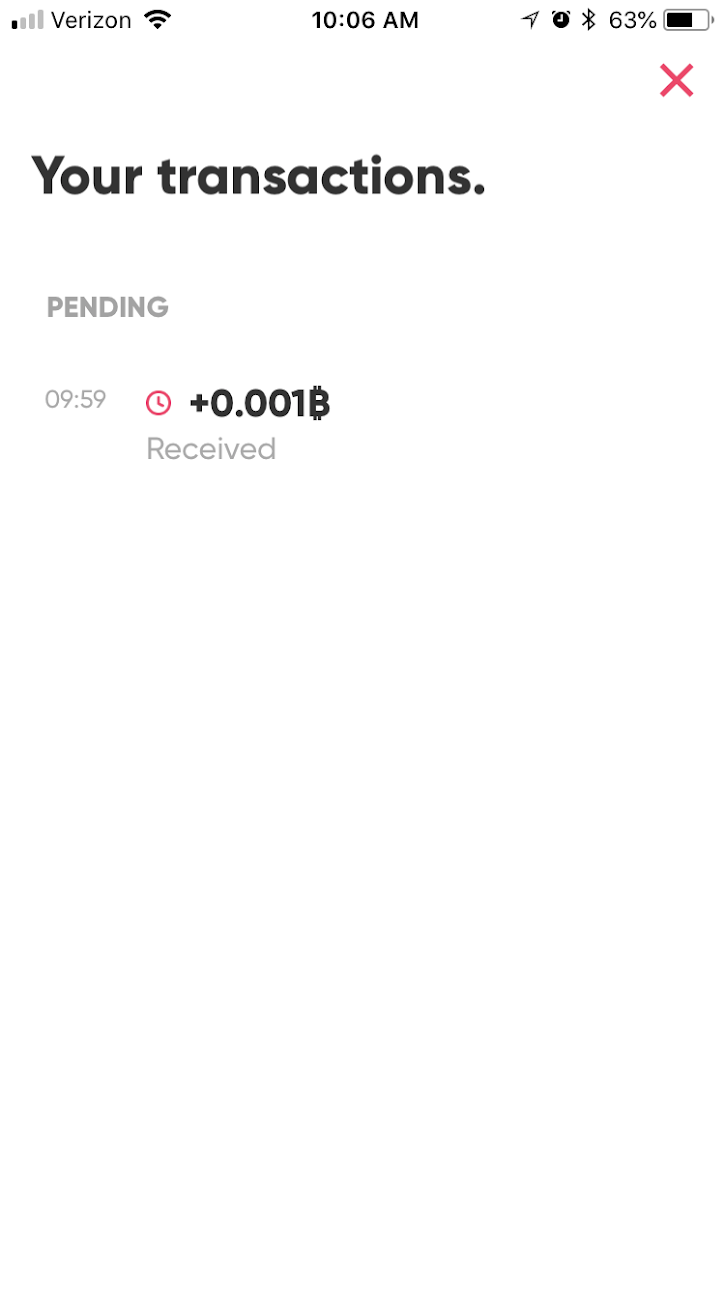 Receiving Bumped RBF Transaction - After replacement transaction confirms, the original is removed from the list. 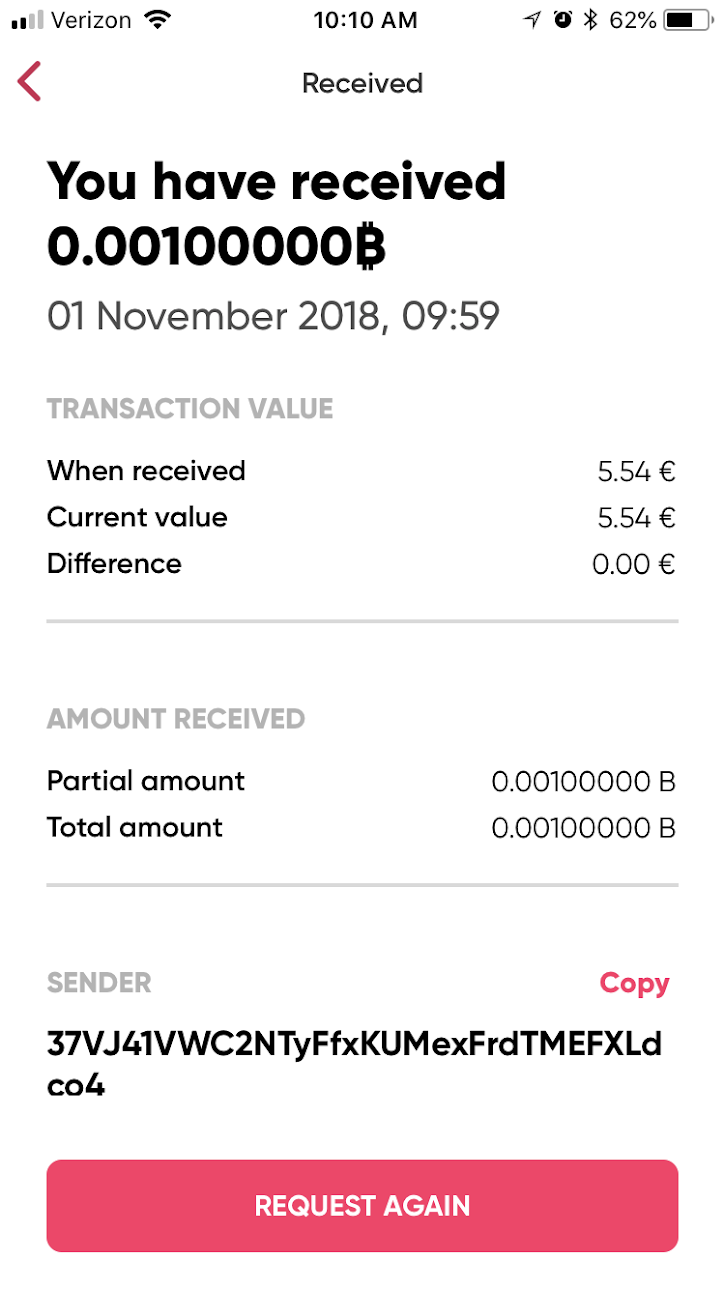